How To Build the Best Continuity Plan for You 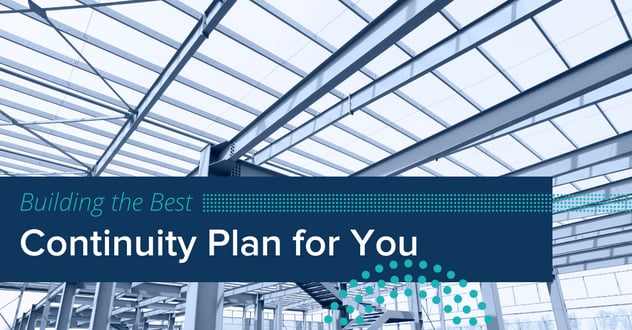 While continuity plans are required by the U.S. Security and Exchange Commission (SEC), many advisors stop at the bare minimum, leaving their firm open to major disruption, and potentially an eroded value that leaves family or colleagues holding the bag.

In past years, the slow and steady migration of independent financial service providers to the independent Registered Investment Advisory (RIA) channel has been well documented. As the number of state and SEC registered advisors continues to swell, the regulatory framework under which they have operated will undoubtedly become increasingly complicated.

For years, it has been the practice of regulators to primarily focus their attention on the largest players in our industry. Broker Dealers, Custodians, and product producers have, by and large, borne the responsibility of complying with our industry rules, if not in actual operation, then through procedural and compliance oversight of the independent producer. Call it the cost of success, but the regulatory bulls-eye is–without question–moving more and more toward the independent financial service provider. A perfect example of this is the SEC proposed Rule 206(4)-4 and amendments to Rule 204-2 for “Business Continuity and Transition Plans.”

After finding that many RIA firms were not well prepared in the aftermath of Hurricanes Katrina and Sandy, the SEC released alerts that practice owners should more closely review their disaster preparedness and continuity plans. Many of the new requirements under the proposed rules were to address shortfalls that were identified by these events in actual practice. Unfortunately, that guidance appears to be ignored by many whether through frustration, inability, or otherwise. Add to this, as FP Transitions has often pointed out, the substantial lack of Continuity Planning (death or disability planning) in our aging industry, and you have a perfect storm for regulatory intervention.

The Proposed SEC Rule 206(4)-4 and the amendments to Rule 204-2 are stepping in to address these apparent short falls in preparedness. Although many of these new regulations are considered within requirements that have long been in place for Business Continuity and Disaster Recovery under SEC Rule 38-1a and FINRA rule 4370, there are significant new requirements that are part of the language in the proposed rules and rule changes. Some of the highlights include: