From flying seaplanes, shipwreck diving, riding a gondola in Hong Kong to see the Tian Tan Buddha statue, or standing inside the pyramid of Khafre in Egypt, James is always ready for the next great adventure.

James was a financial enforcement officer for the State of Oregon’s Division of Finance and Corporate Securities (now the Division of Financial Regulations), where he was tasked with, among other things, enforcing Oregon’s statutes and administrative rules relating to securities and commodities.

Prior to joining FP Transitions, James was an attorney at a mid-sized law firm, primarily litigating cases involving airplane and helicopter crashes nationwide. After a chance seat assignment next to our president, David Grau Sr., on a flight from Minneapolis, James decided to trade in the courtroom for greater adventures of assisting FPT’s clients. As head of the Transactions team, his experience navigating complex legal issues and as a securities regulator, allows him to quickly understand and resolve any client concerns and challenges that may arise.

James, who is a commercial pilot, flight instructor, certified scuba diver, amateur mechanic, and general tinkerer, loves talking airplanes, classic cars (including the 1966 Mustang he and his wife are rebuilding in their garage), and his life growing up in the Florida Keys. When not up in the clouds, working on the Mustang, or dreaming of the island life, James enjoys exploring Oregon’s trails and beaches with his wife, daughter, and their German shepherd/golden retriever shelter dog. In his spare time, James also teaches aviation law as an adjunct professor at two of Oregon’s three law schools and serves as legal counsel for a local aviation nonprofit.

James has a business degree from Embry-Riddle Aeronautical University and a law degree from Willamette University. He is a member of the Oregon State Bar.

Jeanie is the gatekeeper for the largest open marketplace in the industry.

Another FP Transitions’ original, Jeanie has been on board since the very beginning. She has had a hand in, or has led, every one of FP Transitions closings for the past 20 years. That’s a lot of practices, a lot of clients, a lot of everything. Most of all, a lot of hours and nights and weekends, and a trail of spent cell phones to prove it—the life of a “closer."

Jeanie’s background is in legal services, but she found her true calling as a marriage counselor—helping each seller, year after year, seriously address retirement for the first time and make a final selection from the best out of 50 or more interested buyers and successors, all while helping buyers succeed and enjoy the explosive growth that comes with an acquisition. Though well versed in law, rules, regulations, and taxes (and the paperwork to support it all), it is the hand-holding function more than any other that describes the reasons for Jeanie’s success as the charter member of FP Transitions’ Transaction team. Jeanie understands the difference between activity and achievement. No one has more ‘Thank You’ notes in our company than Jeanie O’Reilly Northcutt.

An Oregon native, Jeanie served (and occasionally still subs) as Beaverton High School’s mascot even though her children have both graduated and have embarked on careers of their own. She is an active proponent for military and veteran causes as well as being an advocate for animal rescue. She and her husband have provided a home to a German Shepard, a Maine Coon cat, and two sugar gliders.

Ericka is a Nebraska native who moved to Oregon—for the weather.

Ericka is part of FP Transitions’ brain trust. Prior to joining our legal team, Ericka worked as an associate in private practice for a general civil litigation firm. She has experience in the areas of corporate law, torts, professional negligence, real property, estate planning, and probate. In addition to her law degree, she also holds a B.S. in business with a focus on economics.

As is befitting a legal professional and trusted consultant, Ericka has a calm, even-tempered personality. She comes from a family of high-achieving academics, which collectively boasts two JDs, a PhD, a DDS, an MBA, and one ND. She continues in the academic community through volunteer work, and has participated in the Multnomah Bar Association Imprint Program and acted as attorney-judge for Classroom Law Project’s High School Mock Trial State Finals. She is a member of Oregon Women Lawyers and served for the last three years on the board of Clackamas Women Lawyers, including a term as chapter president.

Originally from Nebraska, Ericka is happily settled into her Oregon home. Not only is the weather perfect for weekends of reading, but also hiking, playing miniature golf or just spending quality time with family and friends. She is a talented baker, a skill which can make her very popular in the FP Transitions office. 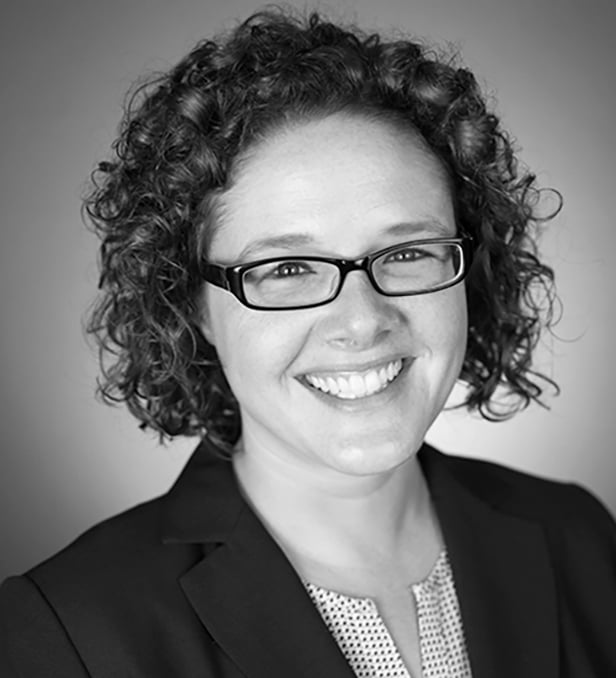 In 2015, Kelsey graduated from Lewis & Clark Northwestern School of Law. While in law school, she volunteered as a project coordinator for the Northwest Environmental Defense Center and served on the editorial board of the Animal Law Review. She also received several honors and awards, including the Pro Bono Honors Award, induction into the Cornelius Honor Society, and a competitive fellowship from the Lezak Legacy Program.

Kelsey joined the FP Transitions legal team after completing a judicial clerkship with the Hon. Jeffrey S. Jones at the Clackamas County Circuit Court. She loves problem solving and looks forward to the challenge of developing individualized planning solutions for each of our clients.

Kelsey made her way to Portland after living in several other countries, including Chile, Spain, Argentina, Brazil, and India. However, she has found her permanent home in Oregon, where she loves the beautiful Pacific Northwest geography, the excellent food and music scenes, and even the rainy weather. On the weekends you can find her road tripping to the farthest corners of the state, going to live bluegrass shows, camping, and working on her gardening skills.

Rebecca sees service as an adventure and strives to make the most out of every new experience.

Rebecca originally hails from a small town in Washington state. She has moved back and forth across the country, and briefly to China, until her roots in the Pacific Northwest beckoned her home. Along with her family, she loves to pursue outdoor adventures ranging from hiking to paddleboarding to skydiving.

With a bachelor’s degree in journalism and political science from Northwestern University, she previously copy edited for two newspapers and worked in marketing at an international law firm.

For several years, Rebecca has devoted her time to various volunteering endeavors, as a crisis counselor, a Family Readiness Group coordinator with the 82nd Airborne Division at Fort Bragg, and as Run Club Coordinator at her children’s elementary school. She is accustomed to managing several projects at once and ensuring each one receives the attention it requires to be a success—a focus she brings to FP Transitions.

Rebecca’s job as a consulting coordinator is like an air traffic controller, facilitating smooth solutions for our clients. She maximizes our legal team’s capabilities while ensuring clients’ needs are met in an effective and efficient manner. 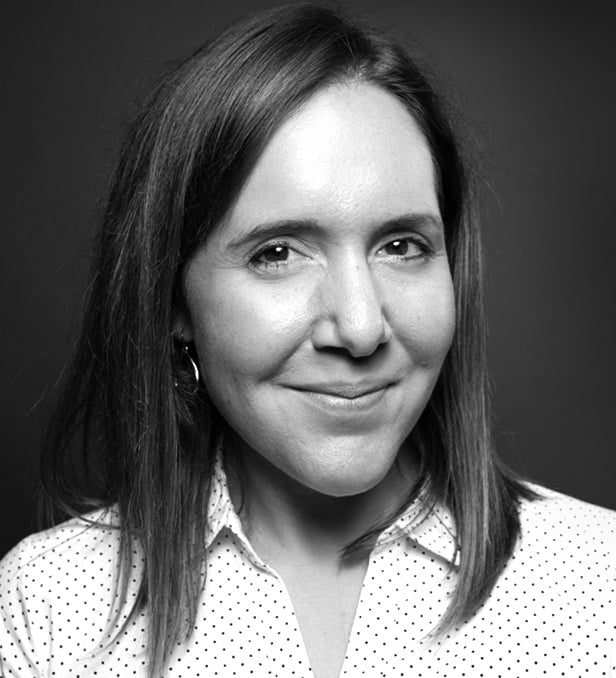 Lisa’s philosophy is that nobody ever gets lost taking the high road. It shows in her unwavering optimism and cool, calm, collected attitude in the face of difficulty.

Lisa grew up in Los Angeles and escaped the heat of the suburbs when she moved to the Pacific Northwest to earn a bachelor’s degree in English at the University of Oregon.

She loves animals down to her core. She is the proud owner of two cats, affectionately named Gray Cat and Orange Cat respectively, and a labradoodle puppy named Chewbacca. Since Lisa was in third grade, she has been riding horses. Once she became old enough to compete, she trained and rode horses in hunter/jumper contests until her junior year of high school. Her experience with horses led to her managing large-scale horse facilities for the NCAA Division 1 Fresno State Equestrian team. She kept everyone level-headed in a high-stress setting by maintaining a safe and functional work environment; a skill she uses to keep order at FP Transitions.

When she isn’t helping clients, Lisa spends her afternoons enjoying quality time with her pets, as well as riding and training horses. 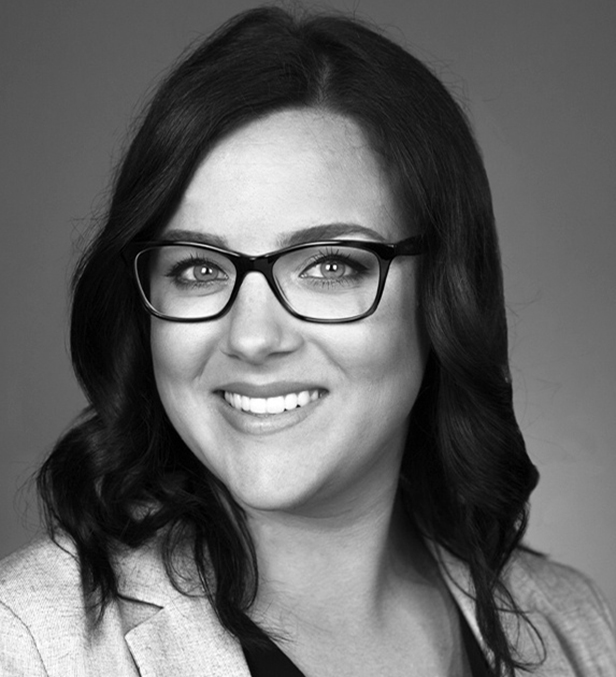